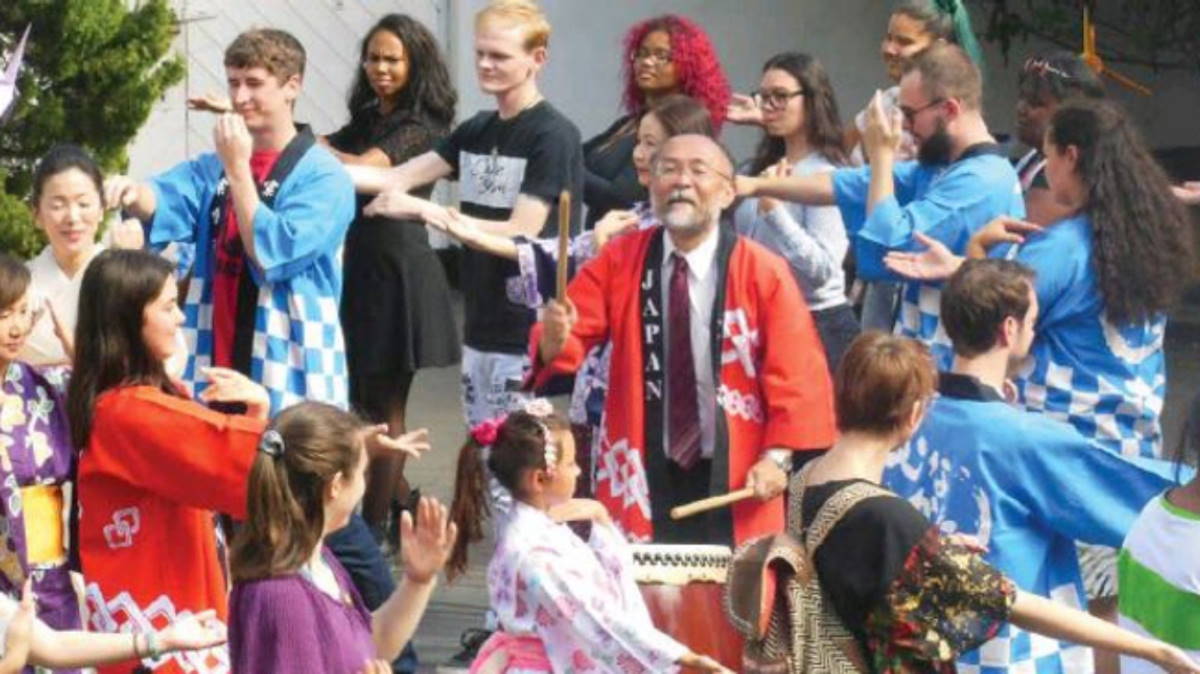 As my term in South Africa draws to a close, allow me to share my thoughts in this column. I served in South Africa as a diplomat for a total of 21 years intermittently since 1987.

My journey with South Africa has been 33 years thus far, one third of the 102 years of official relations between Japan and South Africa.

In assisting Ambassador Maruyama, I had the privilege of organising three visits of President Ramaphosa to Japan last year: G20 Osaka Summit, TICAD 7 and the Rugby World Cup final. It was my distinct honour to have served as the liaison officer for the President for all three events. While President Mbeki visited twice in 2008, this is the first time a South African president visited Japan three times in six months.

The climax of the visits, of course, was the dramatic victory of the Springboks at the Rugby World Cup final in Yokohama.

It was truly a magical moment. I could feel the mutual respect of South Africans and Japanese reached the highest point in their history, while the Springboks learned to bow deeply and Japanese learned to sing the South African National Anthem by heart. Japan’s long cherished rugby dream came true by embracing people from around the world and by playing a quarter final against South Africa.

There could not be a better outcome than this.

In the pre-match meeting, I witnessed President Ramaphosa address the Springboks saying: “Play your best rugby you will never forget in your life.”

The players looked solemn, calm and gazing into distance. But when they started the final, they were different. They exerted everything right from the beginning.

Captain Siya Kolisi said unity with a positive spirit and extensive effort can achieve almost anything. The message reminded us of the 1995 World Cup and inspired hope in children.

The team dedicated the victory to the late Chester Williams who was so much looking forward to being in Japan. But Chester was definitely with us in Yokohama.

One year has passed since the Rugby World Cup victory and the world has so drastically changed since. The future we had all taken for granted has suddenly transformed into something different.

The Covid-19 pandemic is a crisis of a lifetime. Nevertheless, the message of Siya Kolisi was not forgotten even at the time of disaster.

With one’s own pain and anxiety, people better understood the pain of others. There have been active community efforts of soup kitchens for the vulnerable.

We saw a great extent of goodwill. The Japanese community and companies joined the efforts and offered their support to food insecurity.

During my term in Cape Town, I was also fortunate to be part of the Centenary Celebrations of the Japanese Consulate in Cape Town.

The Consulate was established on 8th August in 1918 as the first Japanese overseas mission in Africa.

I had the breathtaking experience of encountering Japanese footprints in the Mother City. Six iconic Camphor trees at Vergelegen Estate were brought by Willem Adriaan van der Stel from Dejima island circa 1700, a house called “Yokohama” in Muizenberg was constructed in 1906 out of paper mache–manual imported from Japan. It has stood firm against Cape storms for over a century.

Looking further back, the first recorded Japanese in South Africa was brought by Zacharias Wagenaer, the second VOC commander in the Cape in 1662 and was freed in 1666.

“Anthony de Later van Japan” was allowed to own a piece of land at the corner of Adderley and Strand streets where you find Woolworths today.

That block is the “Cradle of Commerce” where commercial activity started in Cape Town. It is just unimaginable that someone from Japan was part of this heritage.

This is precisely why I say, Cape Town is a scramble juncture or “historical Shibuya Crossing” where people meet and pass by.

Nameless people from Japan also came here with unknown ventures at different stages of history must have experienced hardships but perhaps they also loved the beauty of the land and the people, and became a part of the evolution of Africa.

After I shared this over the radio, I met descendants of Japanese in Cape Town. We share ancestors. This might be why we find so many friends of Japan here and why Japanese residents embrace strong affection to the land and people of the Cape, which must have been nurtured over time.

We feel we are part of an inclusive story of Africa, in the past, at present and in the future.

Then this year, we suddenly realised that it was also in 1918 when South Africa was hit by Spanish Flu. One hundred and two years ago, South Africa was one of the five countries severely affected by the influenza, which claimed the lives of 300 000 people. However, South Africa and the entire world did overcome the pandemic and made advancements that led to today.

The first mission of Yasoichi Shimizu, the first Consul in Cape Town must have been to protect and support Japanese residents against pandemics as we devoted ourselves during 2020.

During the Centenary Celebration, we were honoured that Abdullah Ibrahim, the world Jazz icon offered us the Centenary Concert on Heritage Day in 2018.

Abdullah, who stunned me with his deep insights on Japan and Africa, even with the grave site of Anthony van Japan, says he finds timeless knowledge in Japanese spirituality through his experience in martial arts and finds resonance with wisdoms of African ancestors, especially an awe and respect for tnature, with a sense of gratitude.

This wisdom had a renewed relevance. Abdullah says, what we are facing is a once-in–a-century reminder for harmonious co-existence of human lives with nature and we should re-evaluate our role.

We are proud that the Government of Japan has made an announcement in April on the conferment of the Order of Rising Sun, Gold and Silver Rays to Abdullah Ibrahim.

This is the first of a two-part series, originally written for IOL by Yasushi Naito, Consul of Japan in Cape Town