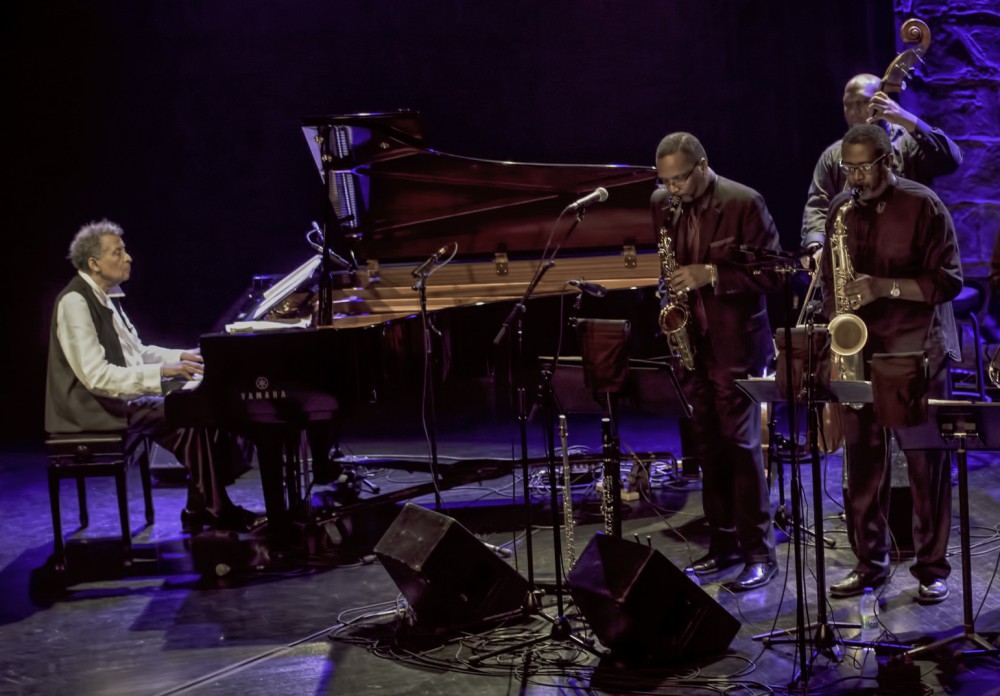 After years in exile and liberated South Africa it is only now; for the first time in 60 years that these two iconic jazz instrumentalists, icons and South African global jazz ambassadors; Abdullah Ibrahim and Hugh Masekela will reunite and perform on one stage.

In solidarity and recognition of all those who were a part of the historical 1976 youth march, the Jazz Epistles are reuniting to celebrate the 40th year anniversary of the June 16.

The Jazz Epistles were South Africa’s earliest most influential Jazz (bebop) band. This was an all-black, all esteemed band of young, swaggered men consisting of these world-famous names.

The band was in full swing in the 1960s, the height of terror on the black man. These gentlemen were young, smart, creatives and jazz- cool. After time and a lot of heated practice, they emerged as a resistant, anti-apartheid music group. Jamming into the late and fuzzy nights on the streets of Sophiatown, especially at the Jazz at the Odin Club, they morphed into the legendary Jazz Epistles.

Their adoring fans were mesmerized by their yellows, blues and reds resonating as the piece strolls, swims, dips and swings. Their music filled the dusty streets of the townships and fired the hearts of the youth who were adamant to stand-up for a South Africa that is free and fair. The electric high-life of the Jazz Epistles was short-lived after a group spat.

For 2 nights, June 15th and 16th these legendary icons; Ibrahim and Masekela will each perform their individual sets on stage at Emperors Palace, Centre Court Arena in the Convention Centre and then collaborate in a much anticipated never been experienced before grand finale. They will time travel into the nostalgia and perform together; however this time, in a modern and colourful South Africa they could have only dreamt of in their days together.

Tickets will be available at Ticketpro from Thursday 4th April 2016 and range from R400 up to R1500 for hospitality package.

This EXCLUSIVE show is brought to you by Touch Money and Ticket Pro in partnership with 702 and Audi.