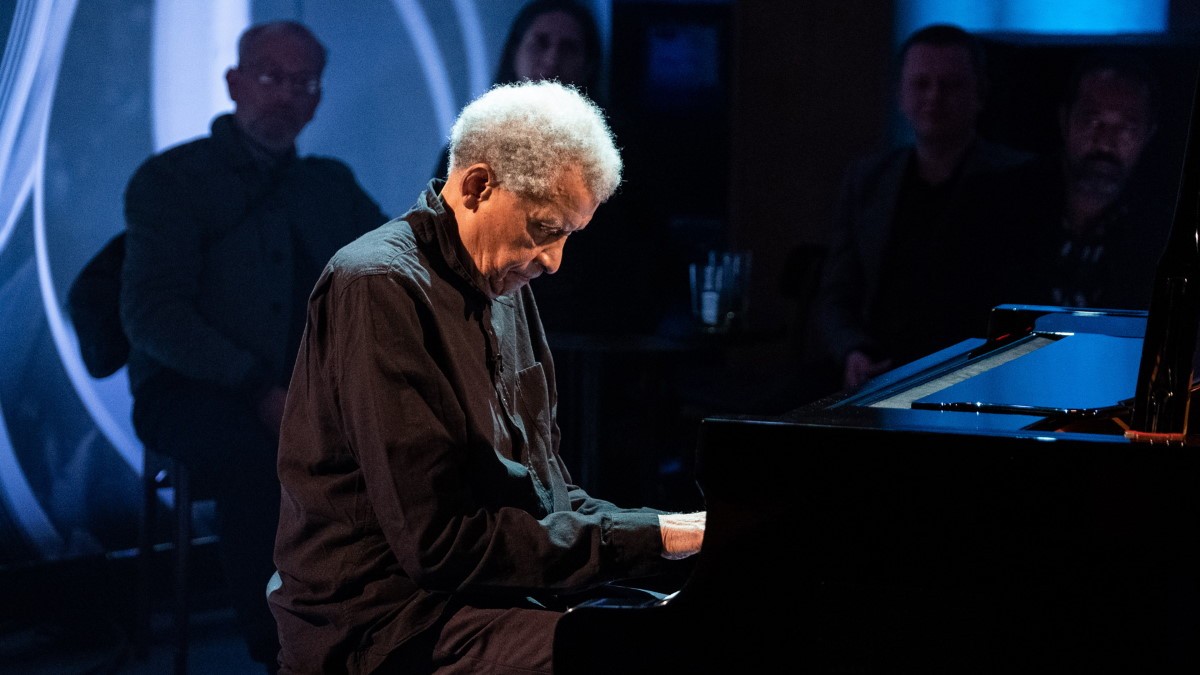 The world has been fashioned over the past year and a half into an Edward Hopper painting, art of which the kernel is a reminder that the default state of humanity is isolation. To cope, our jazz universe turned to the solo piano in search of answers to philosophical questions about being, in this new normal.

In South Africa, the past year has seen the release of five remarkable recordings by some of our most notable improvisers. This is striking in part because in South African jazz, the solo piano tradition has largely been a concert affair, with few committed to recording. Pianists Neil Gonsalves, Kyle Shepherd, Sibusiso Mash Mashiloane and Abdullah Ibrahim have released new albums reflecting on the months of isolation caused by the Covid-19 pandemic. Then there is the posthumous release of Bheki Mseleku’s Beyond the Stars.

Though Covid-19 did not challenge its creative process, Mseleku’s music is a fittingly restorative elixir. Recorded in 2003, the album is the late Durban-born sage’s second on solo piano.

His first release was Meditations in 1992, making Beyond the Stars the first appearance of new such material by Mseleku in nearly two decades. He died in 2008 in London, where he first made his home while in exile. In the British capital, he would have had access to the free jazz legacy built by an earlier wave of South African musicians who settled there in the 1960s. London also gave him easier access to touring American and European musicians.

This, along with a deep lifelong search for ethereal portals in the music, gave Mseleku a piano style possessed by few. This is central to the near sacred appreciation with which listeners have received Beyond the Stars, along with the timeliness of its core message.

However, there is an argument to be made about the supremacy of the solo piano as a model in jazz. In South Africa as in other parts of the musical world, since the modern mode emerged, musicians and audiences have turned to solo piano performances for sustenance beyond the cerebral, sensual and even spiritual. The language of solo piano is built on hope and human vitality, making it the ideal format for this pandemic moment.

In October 2021, as the southern hemisphere braced itself for an uncertain summer, master pianist and composer Ibrahim went north to a place of winter familiarity, the Hirzinger Hall in Riedering, southeast Germany. The venue is a site of personal pilgrimage for Ibrahim, who returns there annually on 9 October to play a solo piano concert celebrating his birthday. He turns 87 this year.

But this year Germany too was in the grip of Covid-19 restrictions. This saw Ibrahim hunker down alone in the hall in the foothills of the Alps to record Solotude, his latest solo piano offering. The image is zen: here is a master-level sensei of the Japanese martial art of budo, an elder statesman of jazz and an adept craftsman of sound trusting in tradition, a time-honoured ritual and a duty to make good art in the face of uncertainty and distress.

The first single released from that session is a familiar tune, Blue Bolero. It’s an elegant poetic melody Ibrahim keeps returning to like a pilgrim to a sacred space, an assured source of solace and safety. An early treatment appears on his 2001 trio album African Magic and in a solo setting, a brisk and loose elaboration is carried on his 2008 release Senzo. More recently, he does a series of brief haiku-like iterations on Dream Time.

It is on Solotude that the Spanish ballad arguably takes on a more studied, if not hallowed mode. This may be a function of solo piano’s ability to guide listeners through the complexity of embodied moments in history, a searching capacity Ibrahim has returned to many times over.https://www.youtube.com/embed/NifZ61jtly4?version=3&rel=1&showsearch=0&showinfo=1&iv_load_policy=1&fs=1&hl=en-ZA&autohide=2&wmode=transparent

Ibrahim released his first solo piano album in 1965, Reflections, which was also released as This Is Dollar Brand, making him a pioneer of the form in South African jazz. He followed this with African Sketchbook and African Piano, which were both recorded in 1969 during an inspired season in his life, and a remarkably troubled time in South Africa often referred to as high apartheid. The music on these early records embodies his polemics about the African roots of his art – ideas he spelled out in a newspaper column called “The World of Dollar”, which he wrote for now discontinued daily newspaper The Cape Herald. He single-handedly shaped much of what we consider the “Cape style” in jazz piano.

Since then, he has expanded his global foothold to forge an identity that covers his homes in Africa, Europe and New York. He has mastered a rare “ability to invent singable melodies out of quirky note choices and off-kilter rhythms, as a composer and improviser” wrote Geoffrey Himes in Downbeat Magazine. This feat has earned him the right to be lionised as the one “true heir” to the legacy of Duke Ellington and Thelonious Monk. Like the two giants, he is able to “make the piano sound like an African singer by combining unusual notes to suggest the sounds between the keys, by making wide leaps across the scales and by knowing when to play and when not to play,” Himes wrote.

Ibrahim is more than an elder statesman of jazz. He is the pianist whose singular voice gives others pause. “He is the samurai, and the piano is his sword,” joked Durban-based composer and improviser Gonsalves, whose record Concert For One came out in April, just weeks into the initial stringent lockdown in South Africa. Gonsalves was among the first musicians to turn to the piano for answers as the world was plunged into uncertainty.

“In a way, what I was trying to do was to create my own order, some shape and design in my own little universe,” said Gonsalves. It figures. The four-track album was recorded while the pianist was in self-isolation. Solitude or lonesomeness can fling the individual into tumultuous interiority, a condition best met by art. As African-American writer Albert Murray puts it, “the whole idea of art is to create a form that is a bulwark against entropy or chaos”.

As a result of this desire for order, Gonsalves’ playing gained a deliberateness. One can almost see the mental choices he makes as he moves from key to key, note to note. He gives us pianism as workmanship, akin to a sonic labourer toiling to make sound meaningful.

Durban-based Mashiloane released Ihubo Labomdabu, which translates to Native Hymn, in January as we concluded our first summer of lockdown.

Speaking to jazz journalist Gwen Ansell, Mashiloane said that “during lockdown, I really got a chance to listen to myself, be quiet, close my eyes and meditate. I got a chance to think deeply about what I’ve seen, here and when I’ve travelled, and what the ‘natives’ – Black people everywhere – are going through. When I sat down at the piano in the midst of all that reflection, the messages of the music came from God through me, and I thank Him for that. I can’t claim them as mine.”

More than an adept soloist, Mashiloane plays with the mind of a producer. There’s an abiding sense of a mind concerned with the larger form of songs than the trail of notes he follows to get to them. It’s a large-picture approach that can perhaps be credited to his early training playing in church bands.

Another notable album is Shepherd’s After the Night, the Day Will Surely Come. It is made possible by his commercial collaboration with Matsuli music, allowing him to enter the burgeoning vinyl market. Musically, the record benefits greatly from Shepherd’s growing activities composing film scores and working as an accompanying pianist in William Kentridge’s touring theatre productions. His sure pedigree among his generation of jazz improvisers remains a central ingredient.

Shepherd is a gifted song stylist with deep roots in the Cape style. He brings all of this to bear on this work. However, the spirit of the music is guided by the axiom that there is revelation in improvisation – a propensity for possibility that he pursues with an unrelenting momentum. It allows his treatment of familiar charts to remain expectant and hopeful.

There are explorations of well-liked, familiar melodies and tunes such as Sweet Zim Suite, Cry of the Lonely and Desert Monk. He builds these out of rhythmical individual bass notes with his left hand, while the melodic right plays through freely, at turns moulding modal shades and teasing out charming fractal phrasing. The result is refreshing and joyful for listeners, who are left better for wear.

In the end, we are reminded that a solo piano performance is an act of faith, a pregnant musical proposition with the potential to orient alert listeners towards higher human ideals. It’s a faith in pianism as a process; by daring to shape sound into a coherent interplay of sonority, rhythm, inflection and phrasing, the pianist leads us to a path of greater discovery. And as we look to more pledges of virtuosity by these and other pianists, this art of the soloist fills us all with a deeper humanism.

Article by By: Percy Mabandu. This article was first published by New Frame.