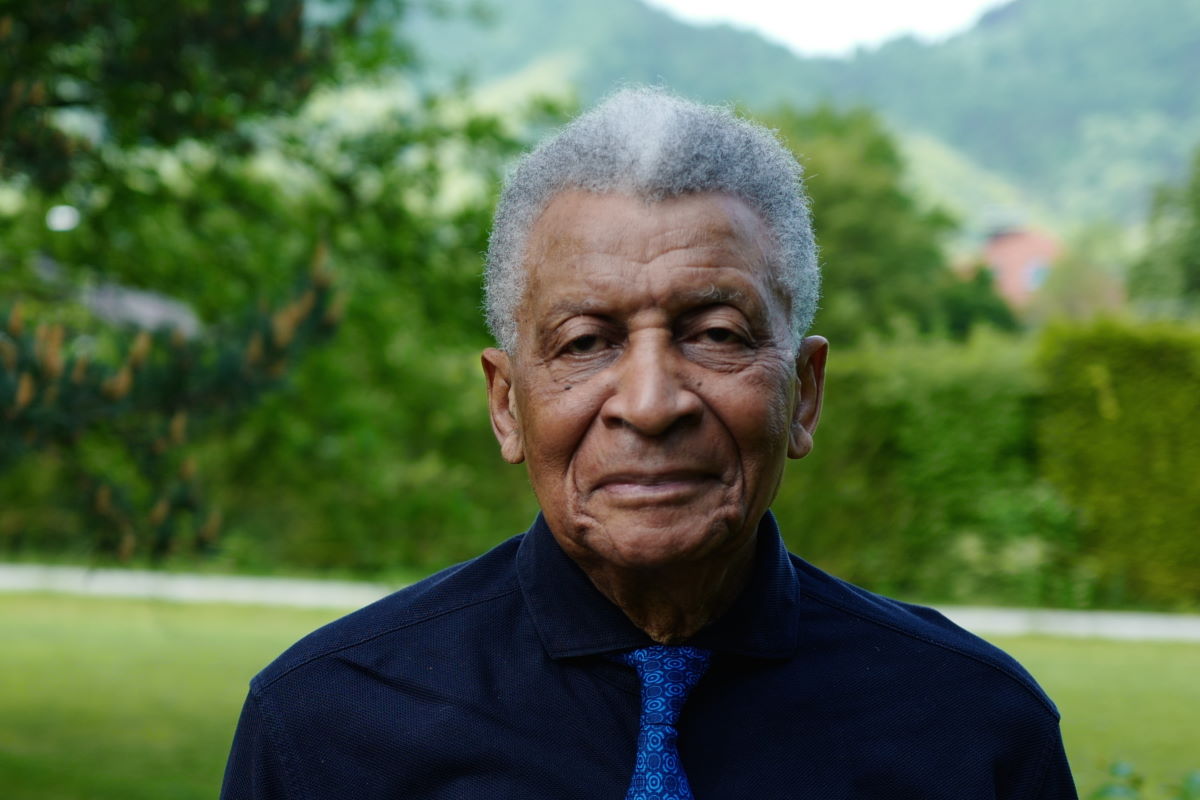 “The purest thing between heaven and earth is love,” says Abdullah Ibrahim, “and sincerity is the gatekeeper.”

This morsel of metaphysical insight – offered casually but with ringing purpose – arrived near the midpoint of Ibrahim’s session on Afternoon Jazz. The venerable South African pianist, long regarded as both a maestro and a sage, was settling in for an engagement at the Jazz Standard, where he appears with his longtime band Ekaya through Sunday night.

Ibrahim, 84, has a robust new album with Ekaya, called The Balance (Gearbox). He was recognized earlier this year as an NEA Jazz Master, and shows no sign of retreating from his calling. “Whenever I play a note, the moment when I strike the note, there’s nothing I can do about it anymore,” he told WBGO’s Bill Daughtry during the session. “Which means that I have to make my intention so clear and truthful that I’m quite sure that that is what I send ahead.”

Seated at the piano, Ibrahim put his ideas into tactile musical form, delivering a warm and meditative experience. The unhurried, calmly interior spark of his solo playing is a school unto itself, despite the influence of hymnody, and of acknowledged precursors like Duke Ellington. The first piece he played was “Dreamtime,” which on the album suggests an inexorable slow reveal.

Ibrahim later played another ballad that appears on the album, an older piece titled “Nisa.” (“The word ‘Nisa’ means ‘Women,’” he explained. “It’s dedicated to the women in our lives.”) His whole bearing at the piano, and the regal patience with which he moved from one phrase to the next, underscored something else he’d said to Daughtry, about the will to “invest in loss.”

“It means that you do not expect anything in return,” Ibrahim went on. “The whole principle is this quest to play that one note without any ego. And this is our quest. It’s ongoing; it’s blood, sweat and tears. But we persist.”

This article was originally written for WBGO.org by Nate Chinen