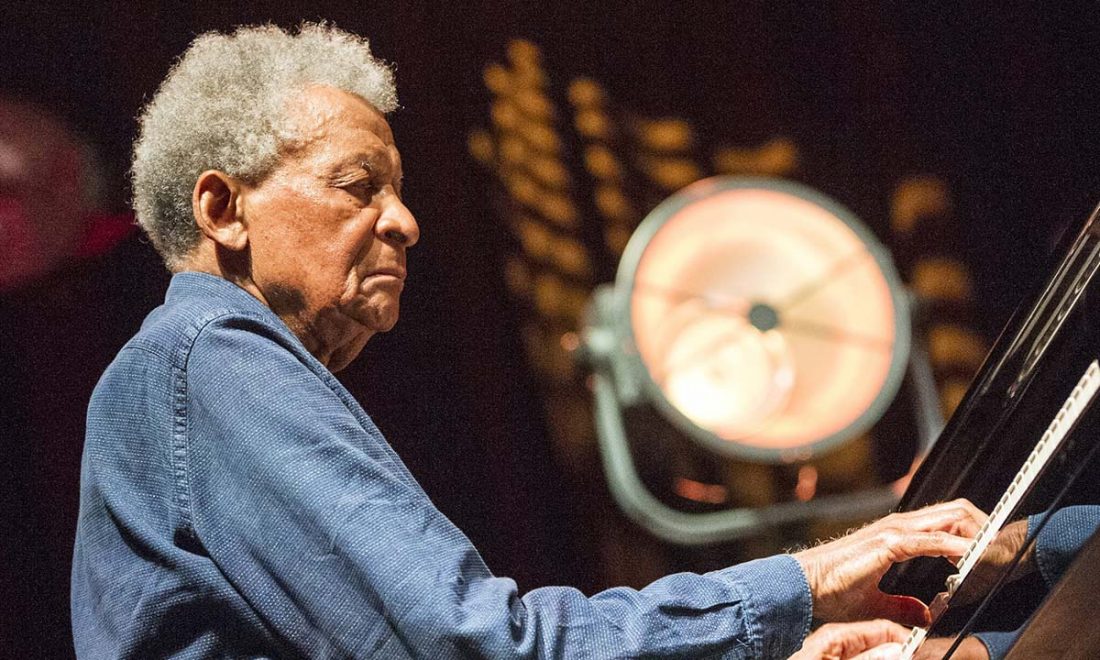 For the musicians of London’s recent jazz resurgence, the pristine Regency architecture and middle-class suburbia of Cheltenham is a long way from home. Now in its 23rd year and having historically broken acts including Jamie Cullum and Soweto Kinch into the jazz world, the festival has nevertheless often been in stark contrast to the London scene and spaces such as Total Refreshment Centre and Church of Sound, where open communality is key.

For its 2019 edition, though, Cheltenham took on a more relaxed form, expanding from multi-venue pop-ups to taking over the town entirely, putting on everything from big-top festival headliners to pavement buskers and after-hours sessions, where the new generation made their presence felt. Pianist and producer Alfa Mist, a criminally underrated staple of the London scene, exemplified this. Playing his deft hip-hop inflected compositions from latest album Structuralism, he featured trumpeter Johnny Woodham on a series of coruscating solos and the beautiful vocals of bassist Kaya Thomas-Dyke on the languid Breathe.

In the unexpectedly atmospheric venue of the low-ceilinged House of Fraser basement, the festival channelled the DIY ethos of a space like Total Refreshment Centre, hosting pianist Joe Armon-Jones for an unusually pensive set. The smaller and quieter crowd gave Armon-Jones the space to cut loose on the Rhodes, showcasing lightning-fast runs that belied his young age. London group Vels Trio also played the space but failed to move their synth-based grooves into more expansive and engaging motifs.

Trumpeter Yazz Ahmed played a stunning set, previewing her forthcoming album Polyhymnia, a suite in homage to women throughout history. Backed by an 11-piece mostly female ensemble, Ahmed’s intricate compositions evoked everything from a bluesy New Orleans shuffle on Ruby Bridges, to crackling percussion and spoken word from Malala Yousafzai’s 2013 UN speech on One Girl Among Many.

Pop-leaning acts such as James Morrison and Katie Melua had top billing, but highlights came from more straightforwardly jazz names just below them. Legend-in-the-making Joshua Redman charged through a rowdy trio set, channelling an otherworldly spirit as he writhed around his saxophone, sporadically taking his lips from the mouthpiece to shout in agreement – or frustration – at his solo. Bossa nova hero Sérgio Mendes, meanwhile, charmed with afro-sambas from his Brasil ’66 group, although the kitsch rap-crossovers inspired by his 2006 album with will.i.am were less enticing.

South African pianist Abdullah Ibrahim stole the weekend, playing at 84 with the same subtlety and emotional charge that earned him collaborations with Duke Ellington in the 60s. Picking each note so delicately lest the whole composition unravel, he moved an audience member sitting next to me to tears throughout.

As the festival closed each night, it spilled out into bars and restaurants, keeping the jazz tradition of late-night jams alive. The most notable of these was Saturday night at Hotel du Vin, where Erykah Badu’s trumpeter Keyon Harrold joined up with Soweto Kinch and Gregory Porter to put local music students through their paces and entertain a worse-for-wear 3am crowd. Porter lent his silky baritone to a bluesy rendition of Morning Time, with Harrold blasting out a piercing solo over the drunken whoops of the punters. Here lies the real joy of Cheltenham: locals and festival-goers seeing world-class musicians play only touching distance away, for free, while breakfast is being set up for hotel guests.

This article was originally written for The Guardian by Ammar Kalia.